OCTOBER 2019
The last serious opera by W. A. Mozart
La clemenza di Tito (Mozart)
In 1791, the same year of his death, Mozart was commissioned to write an opera to celebrate the coronation of the new king of Bohemia, Leopold II, and chose a drama set in the Rome of the first century, a complex relationship of passion, love and hate that, as usual, it ended in less than three weeks. Sara Blanch plays the role of Servilia, Sesto's sister (friend of Emperor Tito) at Gran Teatre del Liceu in April 2020. The cast partners are, among others, Carmela Remigio and Paolo Fanale, the stage direction is by David McVicar and the musical by Philippe Auguin, with a production of the Aix en Provence Festival.

OCTOBER 2019
Absolute premiere of the zarzuela by Tomás Marco
Policías y Ladrones (Marco)
The soprano Sara Blanch will perform, in April and May 2020 at the Teatro de la Zarzuela, the role of La Hija in the premiere of the funny zarzuela written by Álvaro del Ama and musicalized by Tomás Marco. The work deepens the current political corruption with a tragicomic tone, mixed with a sarcastic scepticism. His castmates will be Manuel Lanza, Pablo García López and María Hinojosa, under the stage direction of Carmen Portaceli with José Ramón Encinar conducting the Orchestra of the Community of Madrid and the Choir of the Teatro de La Zarzuela. 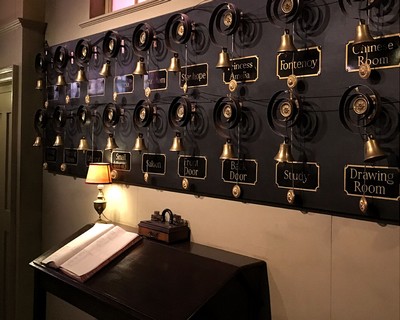 SEPTEMBER 2019
Lucia at the Oviedo Opera
Lucia di Lammermoor (Donizetti)
After her first performance of the main role of Lucia di Lammermoor at the Perm Tchaikovsky Opera and Ballet Theater in Russia, Sara Blanch will once again sing the role of Lucia at the Campoamor Theater in Oviedo on 31st January 2020, where she recently performed Donna Fiorilla of Il Turco in Italia by Rossini. It's a Co-production of the Opera of Oviedo, the Colón Theater of Buenos Aires and the Opera of Tenerife of the famous opera by Gaetano Donizetti, with stage direction by Nicola Berloffa and musical conduction by Giacomo Sagripanti and Luigi Mazzocchi.

JUNE 2019
Seville Opening Season
Don Pasquale (Donizetti)
The opera season of the Teatro de La Maestranza in Seville starts this year with the opera buffa Don Pasquale, by Gaetano Donizetti, with Laurent Pelly in the stage direction and Corrado Covaris conducting the Real Orquesta Sinfónica de Sevilla and the Choir of the A.A. del Teatro de la Maestranza. Sara Blach will play the role of the young widow Norina and will be accompanied by Joan Martin-Royo, Anicio Zorzi Giustiniani, Francisco Escala and the bass-baritone Carlos Chausson.